The 6th transnational meeting was held face to face at the premises of the UCLM in Albacete, Spain. All partners attended the meeting.

As this was the last meeting after the closing meeting to be held in July at the coordinating institution, we mainly focused on a thorough review of the project status, to identify the tasks that had already been completely performed and the task that still needed to be tackled until the end of the project. To this end, we dedicated specific time slots to each one of the four Intellectual Outputs to present the main results and identify possible missing issues.

We mainly focused on the testing results obtained within IO3, as this was one of the tasks that had been performed since the last meeting. During the meeting both the testing results of the Content Manager and the Mobile App were presented, and participants came up with some suggestions for improvements.

Finally, the last activities to be performed within the last months were also discussed, concretely, the monograph and the multiplier events.

We ended up the meeting gathering a list of tasks to be finished within the next months, stablishing a deadline for each one of them to conclude the project successfully. 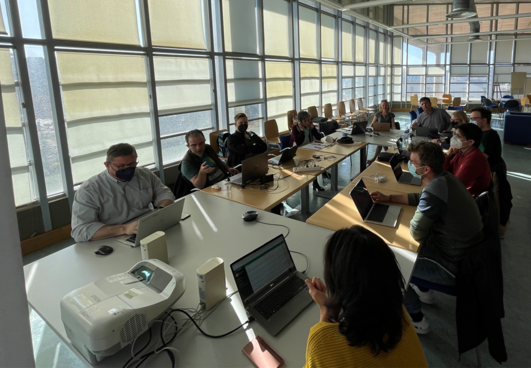